Decades of experience working for you. 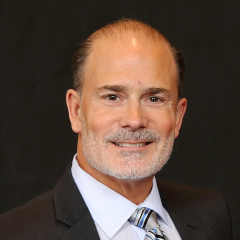 Tim leads all strategic growth initiatives and operations for martinwolf.

Tim returns to martinwolf after eight years as CEO and Co-Founder of IT ExchangeNet, a martinwolf company. From 2005 – 2011, Tim was CEO of Phylogy, a Silicon Valley tech startup offering groundbreaking broadband technology to telephone carriers around the world. By 2010, Phylogy was ranked 243rd on the Inc. 500 list of fastest growing companies in the United States. The company was acquired by Actelis Networks in March 2011.

​In the early 90s, Tim capitalized on the Internet’s growing commercial applications as co-founder and CEO of Vantage One Communications, where he and his team accomplished numerous “firsts” by uniting non-linear communications with the untapped muscle of the worldwide web. While at Vantage One, he was named Entrepreneur of the Year by USA TODAY / NASDAQ / Ernst & Young and received the Pillar Award for community service from the Small Business Network. After expanding his firm nationally, martinwolf sold Vantage One in November 1999.

​In between Vantage One and Phylogy, Tim turned to public service as Cleveland, Ohio’s Deputy Mayor / Chief Development Officer, leading initiatives in city planning, building and housing, and economic development that resulted in over $1 billion of development throughout the region.

A life-long musician, Tim serves on the Boards of the Rock-n-Roll Hall of Fame & Museum (where he Chairs its Technology Committee), DigitalC (a civic tech collaboration in Northeast Ohio), and Union Home Mortgage. He holds a Bachelor’s degree from the University of Dayton.